The Inception of Ideas 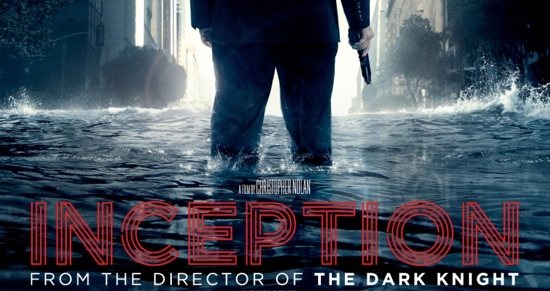 I was reading this article by Dave Itzkoff in the Times last week and drifted off into some sort of fantastical marketing trance: a place with no recessionary budget cuts or layers of corporate governance where you can execute that biggest idea ever with complete creative trust and a checkbook with infinite zeros. We at Fast Horse have trusting clients who come to us largely for our creativity and we get to implement some rather unconventional and grandiose ideas with them – which is a privilege – but this stupor was something else. I guess only a story about a filmmaker who long dreamt about a project about dreams could induce such daydreams.

Which brings me to Christopher Nolan, Warner Brothers and the mysterious Inception, which hits domestic theaters Friday. The visionary director of Memento – the film that Itzkoff writes was Nolan’s “calling card to a career of cinematic independence” – and Dark Knight earned himself some serious credibility and got the green light for his dream idea 10 years in the works. Its premise revolves around “an infinite number of alternative universes in which people can meaningfully interact, with validity, with weight, with dramatic consequences.” Hardly ambitious, I know.

The photography to film some of these “alternate universes” brought the crew to six cities– Tokyo; Carlington, England; Paris; Tangier, Morocco; Los Angeles; and Calgary, Alberta – all for a tidy estimated cost of $160 million. In the screenplay he writes that “Paris is to disintegrate.” Okay. What marketer doesn’t have those “Paris is to disintegrate” ideas for every plan they do – whether or not they actually make it into the plan?

So not only does Nolan get the necessary financing, the A-list cast, a plane to go anywhere in the world, but also control over the film’s promotional campaign – which he decided was to be ambiguous. Go figure. There was the first teaser released last year that left people scratching their heads. There’s this website with the film’s puzzling tagline: www.yourmindisthesceneofthecrime.com. There’s the poster in New York below whose sheer enormity makes that one LeBron mural seem like small potatoes. The balance between not giving away too much and showing people enough of a movie is tough in movie marketing and this campaign displayed awesomeness but little about its story. Nolan figures it’ll be enough and who is Warner Bros. to disagree?

“As soon as you’re talking about dreams, the potential of the human mind is infinite. It has to feel like you could go absolutely anywhere by the end of the film. And it has to work on a massive scale.”

That’s a quote from Nolan in the Times piece. It also could read as a motivational speech from any coach, mentor or colleague to encourage original and exceptional work and ideas. Maybe I just dig movies and the stories behind them, but I think seeing a start with something small that epitomizes “big ideas trump big budgets” (Memento) that leads to the go-ahead for the only-in-dreams, wildly large-scale, imaginative idea has to bring with it some inspiration.

Eclipse of My Senses